This past week we switched to Concentrace brand. It tastes horrible, so it has been a process to work 10-20 drops into things we eat and drink. I also am starting to put a few drops in glasses of water. This has made it hard to get a full dose in him each day. Today was probably our best yet with 40 drops. The goal for him is 60, me 40. I have mixed it in apple cider, kefir, oatmeal, and homemade applesauce. 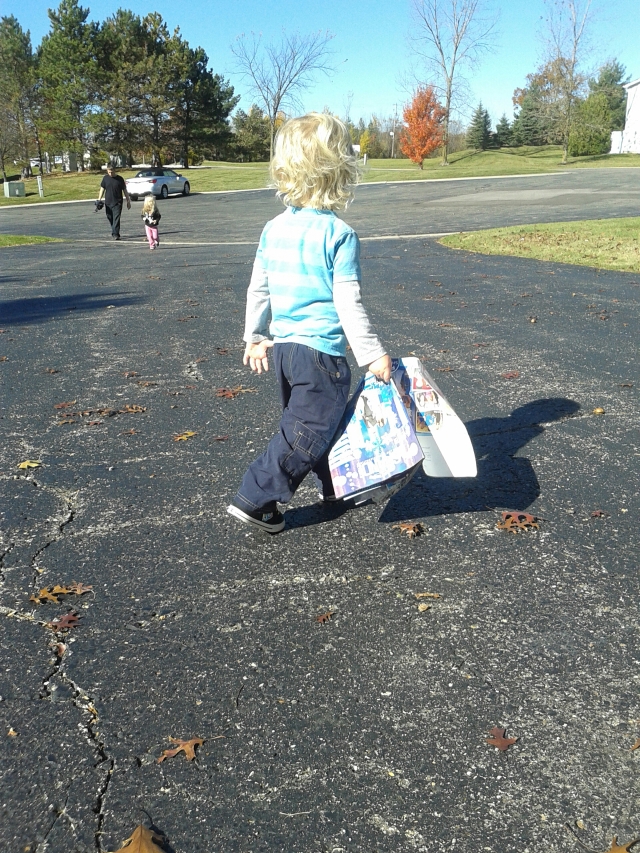 He finally started getting his pants and underpants on on his own! Sometimes backwards...

Physical
He feels stronger this week than last, when I first noticed his muscles having changed. He is jumping with both feet at the same time more often than not. His endurance for walking seems better and so does his balance seems better. He has gone down the front porch steps without holding my hand a couple times. He still goes up the stairs using is left foot to lift him up. His left side had always seemed stronger.

He attempted to lace these shoes today, which was a first.

Growth
On Sunday, I weighed him at my mom’s house in his clothes and shoes just like he was at his doctor’s appointment on September 28… he has gained 2lbs! This is huge and has a whole post of its own. He wasn’t measured at that appointment and I don’t know what his head circumference was then. I think he had gained about 3lbs over the course of the previous year. Two in less than three weeks is impressive. 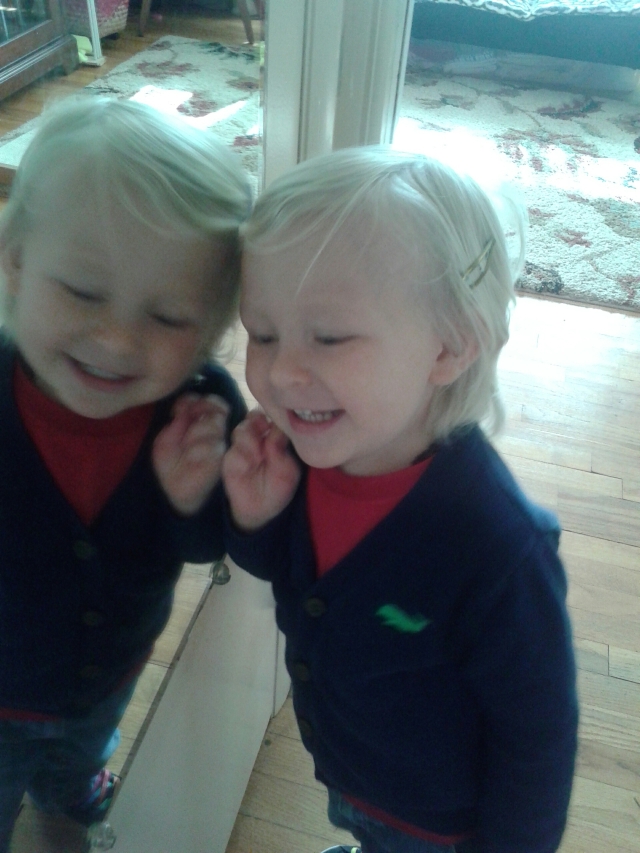 His hair is growing a lot so I let him pick out some barrettes today.

Language
He is still making more complex sentences than pre trace minerals. He is making up jokes and trying to sing along to his favorite CD. He is talking with other people easier and is having conversations and singing with the girl I babysit. He just said “I put it way back so monster doesn’t get it” while putting a jar of peanuts away in the cupboard. That isn’t something he was making up and saying a few weeks ago.

Sleep
I was hoping we would get some great changes here, but not yet! He has fallen asleep in the car more but that could also be because we go to work right when he normally naps. At night, he still gets a few hours in his bed before waking up and bringing him to mine. He seems to be having more vivid dreams and talking in his sleep. This seems common at this age but is new in the last few weeks.

Eating
His appetite picked up there for a bit but seems to have decreased again. It might be a phase or it could be related to still working up to the bolus dose in the new brand of minerals. He is still picky as all get out and has had a few times he has held food in his mouth and had to spit it out. This was an issue his first year of solids but had gone away. I’m banking on it being due to his congested nose.

Bowel Changes
He is still going 1-2 times a day and it is different than pre trace minerals. Nothing bad, just seems easier for him to go.

On another note, the group in which I found out about trace minerals and “met” Ida, has had an explosion of questions and posts about it. It was close to getting banned in the group after one woman posted a link opposing them and a lot of bashing and negative crap happened. I think we have salvaged it so more people can learn about it in that group. It made me really sad thinking that they were going to prevent people from talking about it. This song pulled me out of my funk from that and I have been singing it over and over. Take a listen.

If you have any questions, feel free to ask!