I asked my mom if she wanted to come over so I could have some help with Wallace and also so I could get things done that need two people. She came over, and despite the migraine, I got a lot done. As you might imagine, it’s hard to clean, fix things, and do two person tasks with a three year old. (We do have a great system for the water hose and he has been surprisingly helpful at times.)

During our first lunch, I sorted through RV manuals and was going to work on understanding the water heater and what I need to do to fix it. Instead, I found this aftermarket gem and wanted to see what condition it was in. 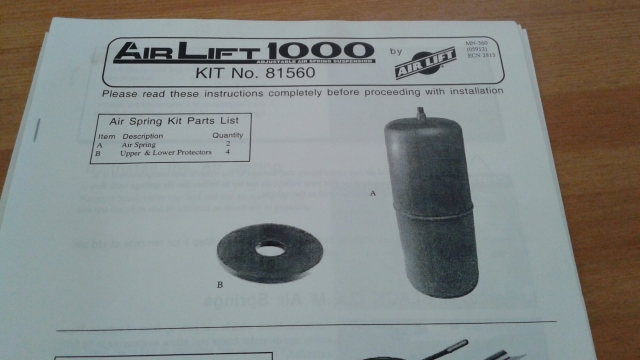 Basically, it goes inside the springs by the front wheels and helps with towing or carrying added weight. Since we will be loaded up beyond a week trip camping, it could be helpful. Step one was locate them. Check.

Step two was to follow the cable from the bottom (not pictured) and locate the air intake valve. It appeared to go up into the hood. So, I opened the hood. Err, nope. It wouldn’t budge no matter who yanked on the handle and who pounded and pulled on the hood. An online RV buddy sent me a video on how to open the hood manually. I used my trusty awning pull to reach up under the front bumper and release the lever. That was much less graceful than it sounds.

I then had to figure out why the hood wasn’t opening and how to make it open on its own next time. Here’s a picture of where the cable hooks into a bracket thing in order to keep the wire pulling at the right angle to release the latch. The zip tie will hold the housing in the right place. The previous handyman put electrical tape around it.

Okay, so back to the AirLifts. I found the intake valves and they were wonderfully labeled Driver and Passenger.

Have I mentioned yet that I have never owned a home and I have not owned a vehicle most of my adult life?

Next up was backing up the camper so we could get access to the main door on the passenger side because there is a broken boat next to me. The mattress and tv needed to be removed and I couldn’t do that on my own. I got everything ready to go and it wouldn’t start. It sounded just like before when I needed to get the speedometer cable put in. I grabbed my flathead, opened the doghouse, and used my awning pull to hold the choke closed while I started it. 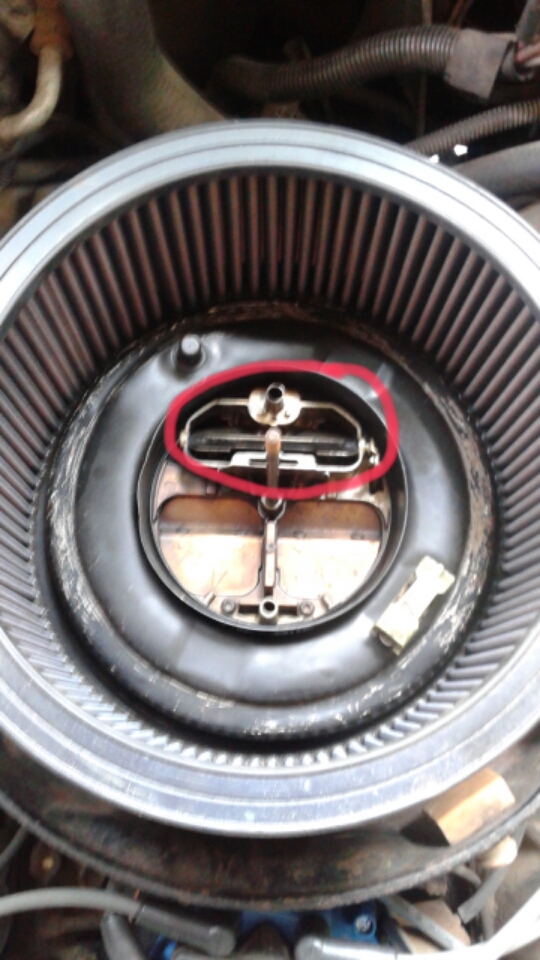 My mom is horrible at assisting with steering so I backed up just enough to clear the boat and turn a little. We got the mattress and tv out and then I loaded in some toys while they played catch-ball (those velcro mits with a tennis ball) in the yard. Then it was time for second lunch before moving the camper forward again while reading my mom’s facial expressions for when to stop. I then put my custom blackout panels up and measured for the other curtains while Wallace and my mom played play dough and mahjong, respectively.

My plan is to get the kitchen and dinette curtains done and up tomorrow and hopefully do the blackout panel for the bathroom soon too. I need more sticky velcro and a curtain rod. There’s also the big curtain over the cab area to tackle.

This last weekend, I made more room for books by busting out the speakers above the bed. I need to put in paneling for the shelf inside but it is totally worth it.

I also removed now useless sliding shower curtain rails and cleaned up a very poorly executed attempt to secure them with some kind of putty. I still need to caulk around the remaining metal and in the excessive screw holes. 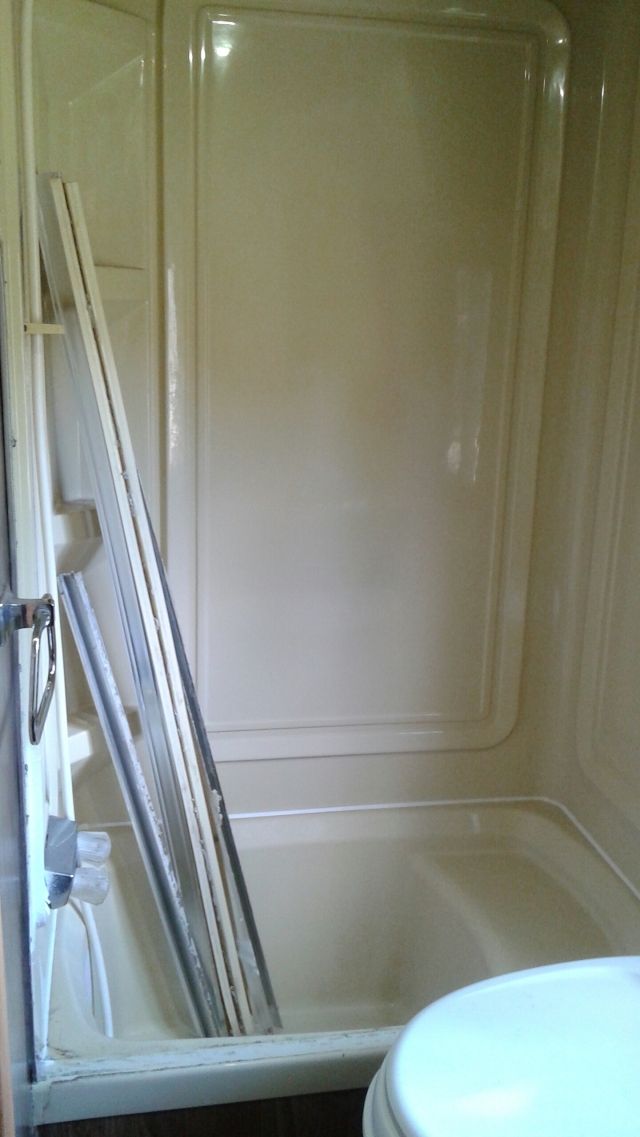 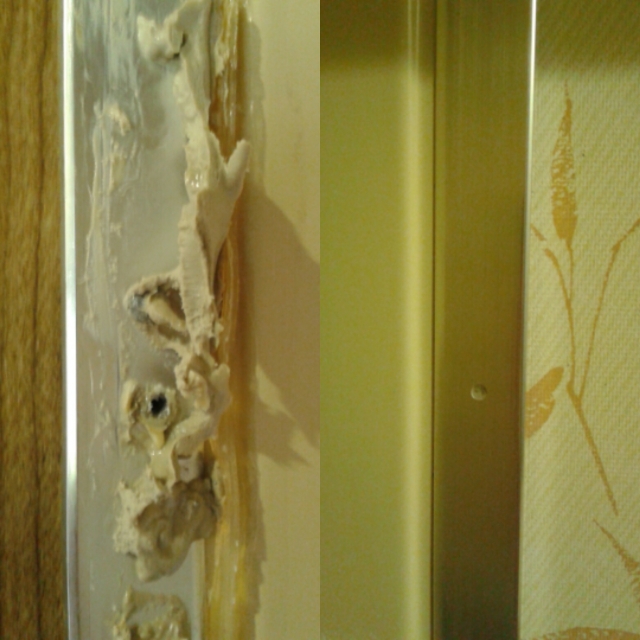 We also washed most of the outside, wiped down more cabinets inside, and have been flushing the fresh water tank to get the bleach out.

I need to buy a new gas cap and install a latch on the inside of the screen door. One of these days I will get to the water heater and search for the dead mouse in the furnace. I want to put hooks in the dinette to hang Wallace’s hammock from and need to clean out the kitchen cabinets and fridge.

The list is never ending but eventually the 5th wheel will sell and we can be on our way. Hopefully I am working out all the kinks and this isn’t horrific foreshadowing.