I had a goal of getting Wallace to a pride parade or festival this summer and I’m so happy we did. We drove about an hour to a larger city as we had missed our smaller city celebration. We had gone to that one once before but it wasn’t great and Wallace was only two. So really, this was his first time. 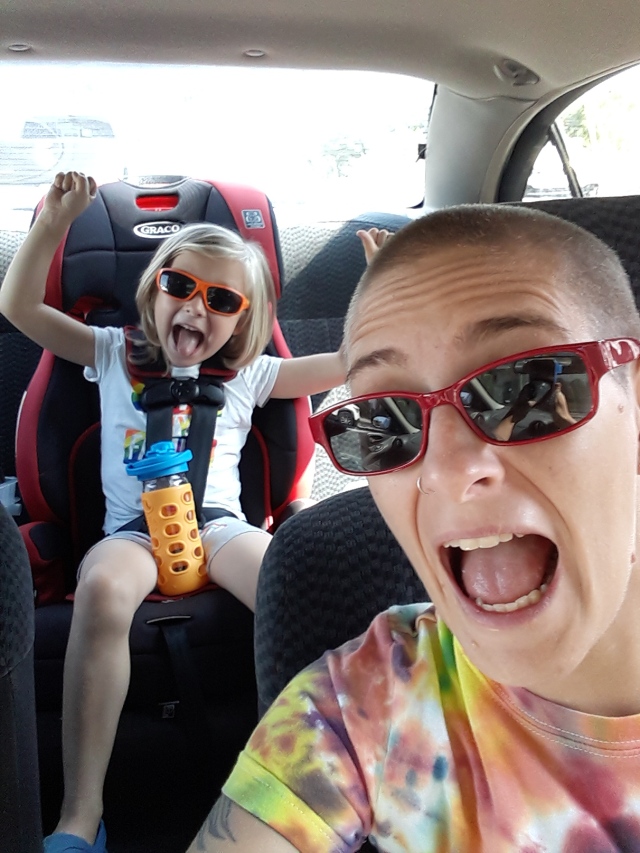 We packed snacks and water, decked ourselves out in rainbows, and hit the road. I was able to find a parking structure a couple blocks from the event and we walked over.

We started checking out booths and picking up stickers, tattoos, and candy. It was great to see so many different types of people that we don’t often encounter. Wallace is on the gender creative side of life and he needs to see that it’s normal and fun. He said he didn’t mind when people misgenderrd him “because it’s Pride.” He requested a little rainbow flag and a rainbow hair bow. 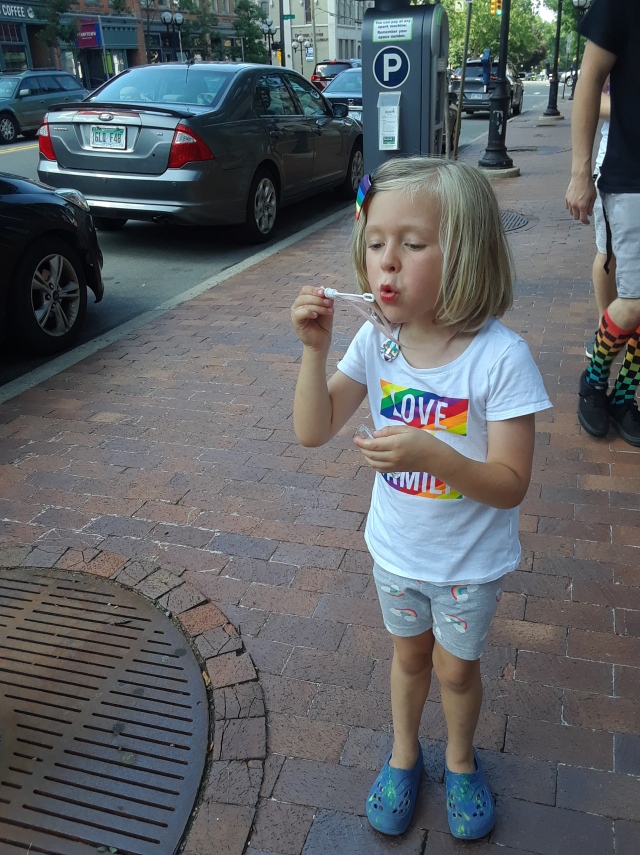 We got to attend two Drag Queen Story Times, watch drag, belly dancing, and burlesque, and mingle with lots of people. We got candy, stickers, tattoos, and bracelets, too. I had to convince Wallace to leave the drag show and head to the car for lunch. It was cool in the garage and we ate and relaxed before heading back into the rainbow chaos.

It was amazing watching Wallace soak it all up and I teared up a few times. He was enthralled by the drag performances, noticing every detail of their outfits. At one point, a performer who was done was standing behind us talking to friends. I pointed her out to Wallace and he was star truck, but wouldn’t talk to her. We then had a conversation about how people can dress up in different things for performances or for how they feel each day. Some days a person might feel more like a boy and other days more like a girl. We also met a woman who shaves her head like me. It was great to show Wallace I’m not the only one.

We left tired and happy after many hours in the sun.

Single mom by choice, lesbian, natural living, parenting, car free, Chicago.Thank you for reading and feel free to leave a comment!
View all posts by JennP →
This entry was posted in Parenting and tagged LGBTQ, LGBTQ parenting, pride. Bookmark the permalink.